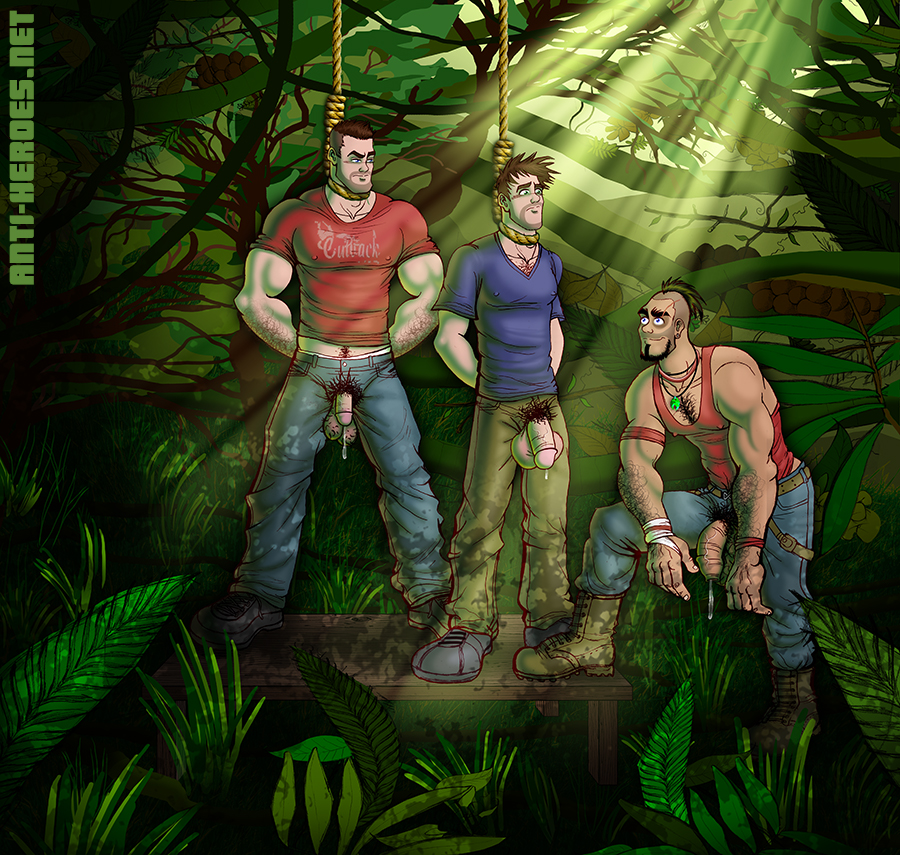 Vaas Haas Fuun (2013)
Client wanted dudes from the game Far Cry 3, which I wasn’t familiar with going in.
But a little research and having a playthrough up while I worked taught me everything I needed to execute this series. (heh heh… execute. ROLL OVER!) 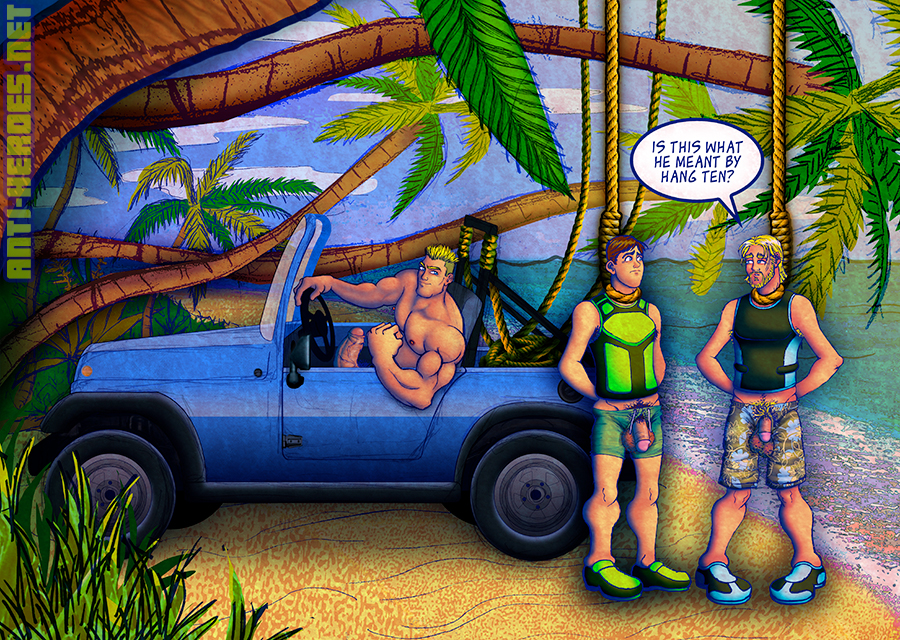 Hang Ten (2014)
The 2nd piece in this clients hanging studs series, here we’ve got two wakeboarder boys and a big buck with some surprises in his jeep. Beaches are always fun to depict– vehicles not so much– although I am always pleased with how they come out! Don’t forget to roll over for the punchline! lol 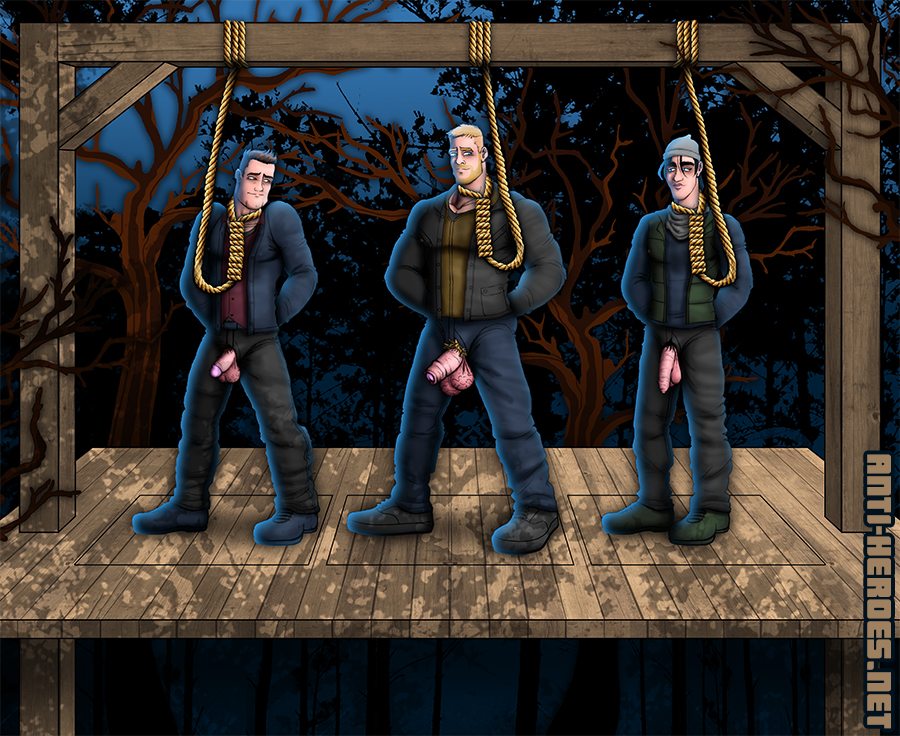 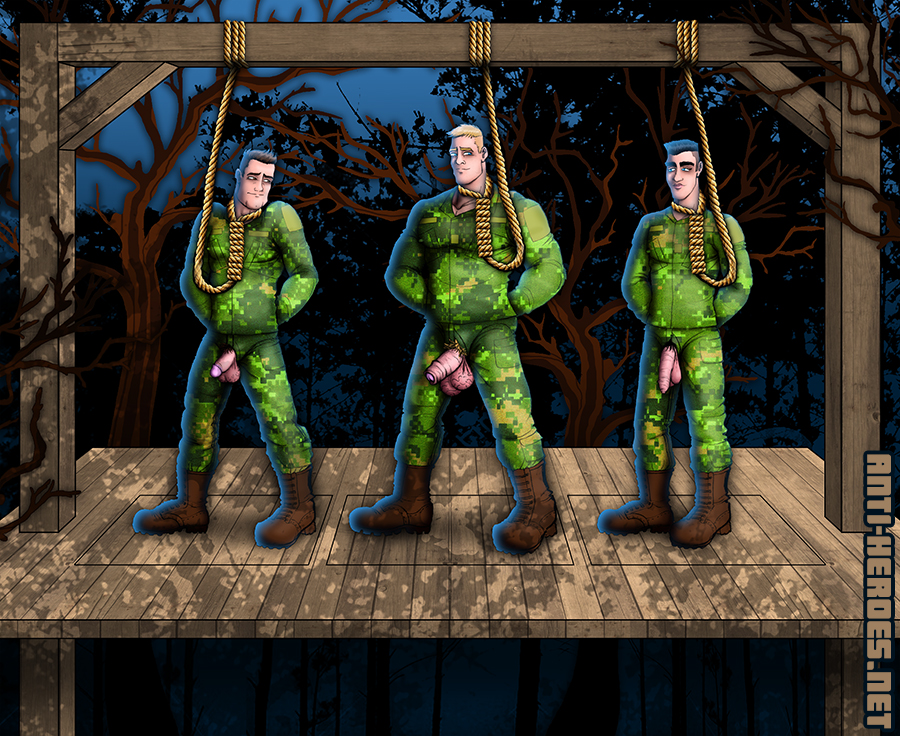 Prisoners of War (2015)
The fourth commission in this series, this time the customer wanted 3 sexy dudes wearing military uniforms in the gallows.

For their looks, we discussed a certain movie but midway through the project, decided to take it one step further and just give them outfits from said movie. 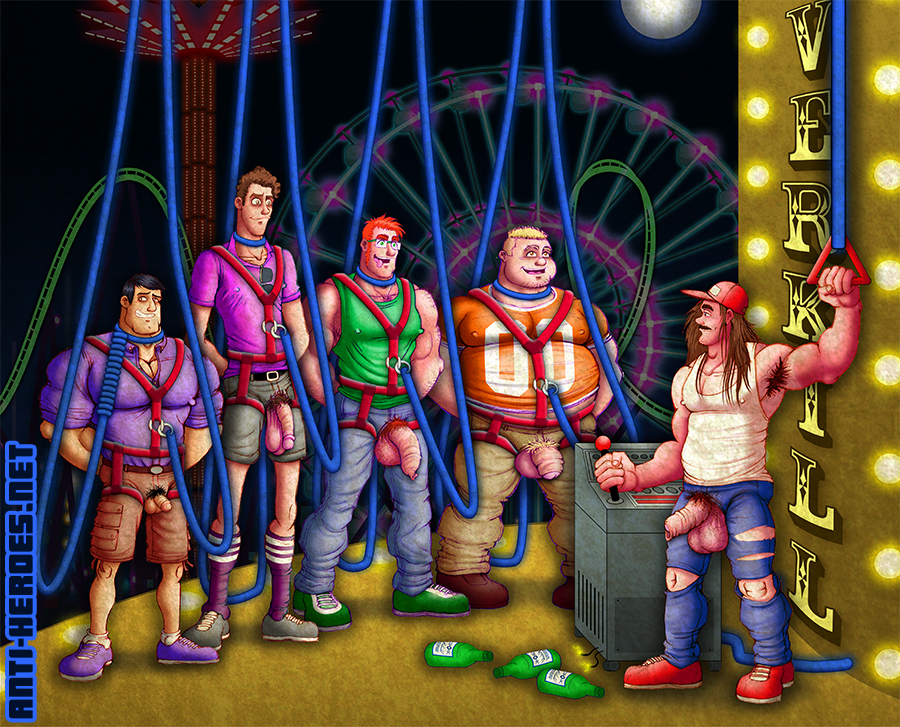 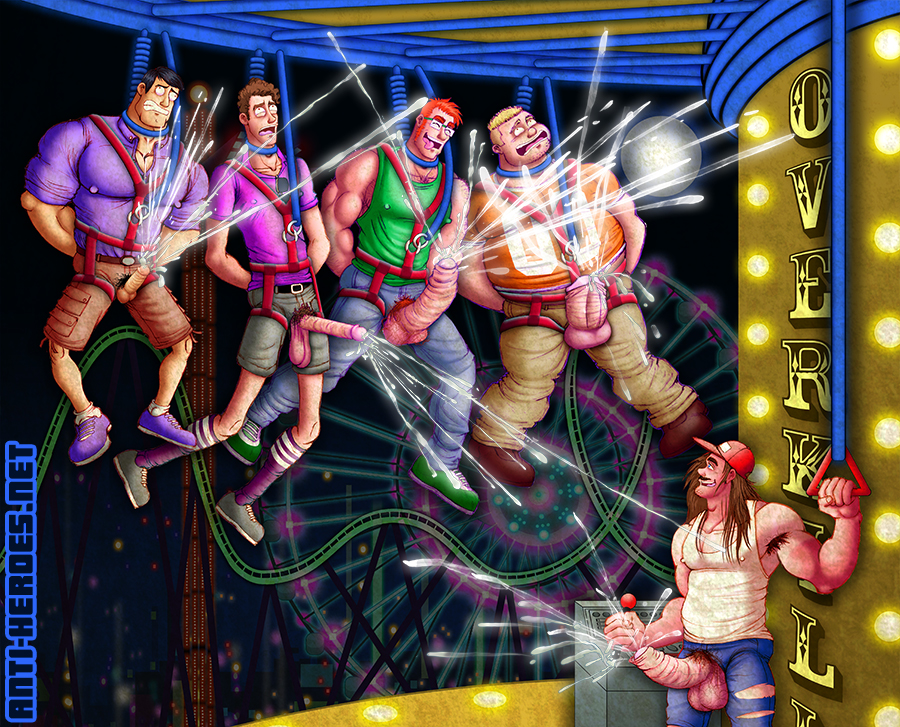 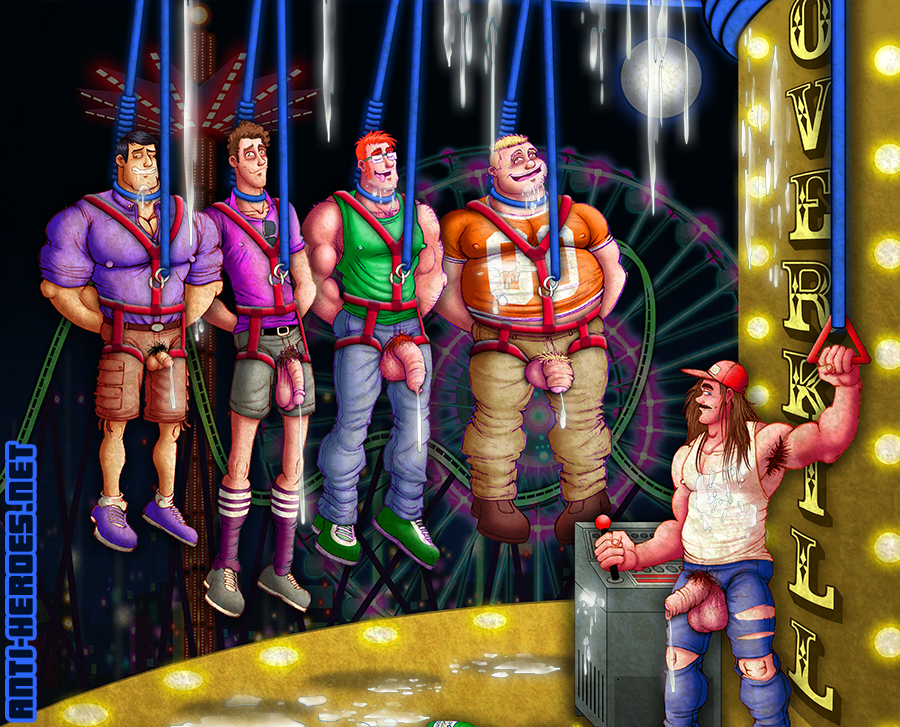