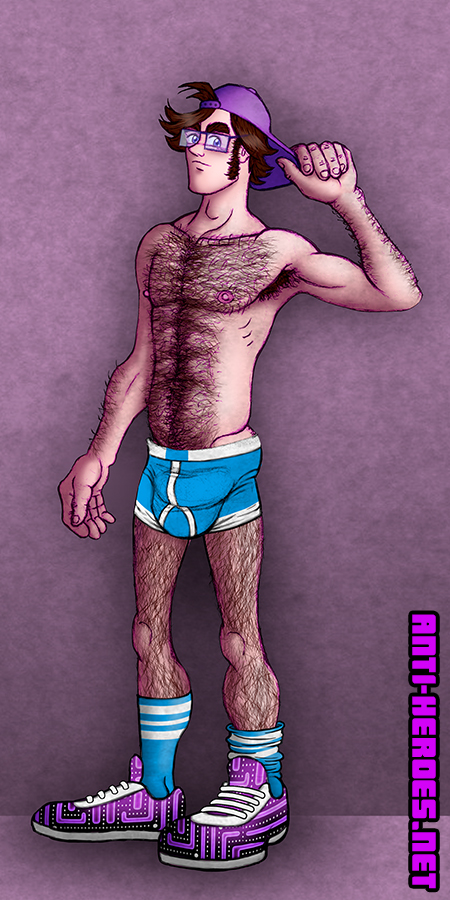 (2015)
Tucker Kapconami
6’3”, 165 lbs.,
Brown Hair, Blue Eyes
Who’d have ever thought all those geeky kids would turn out to be the sizzling hot sex symbols they are today? Such an example is Tucker, the sexy nerd of Anti-Heroes.net. Though somewhat shy and socially awkward, behind closed doors his lovers are treated to that creatively deviant imagination only dorks have. When he’s not creating indy video games he’s playing with his other fat joystick and its remarkably droopy foreskin. 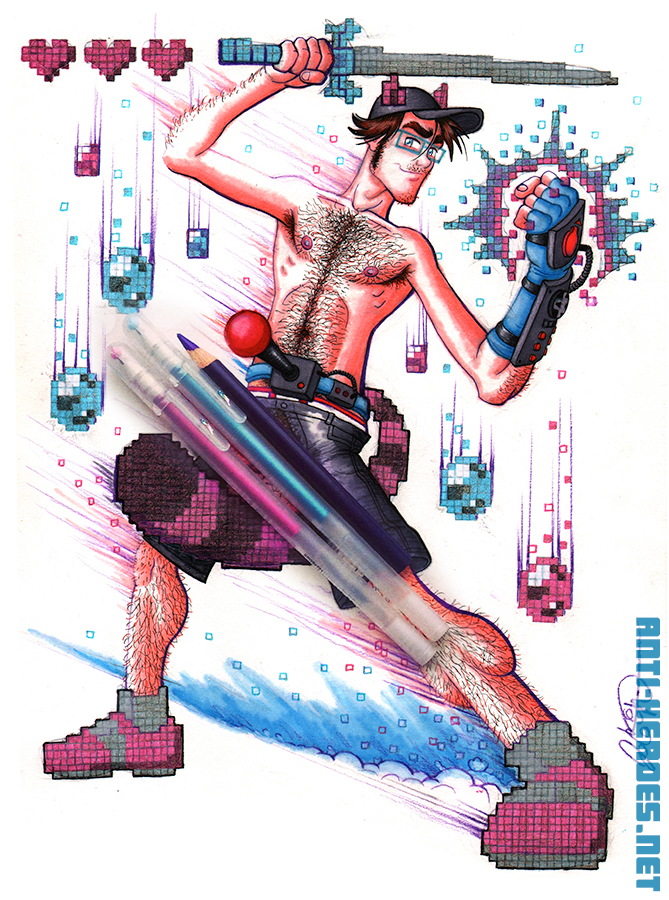 More of new character Tucker, my nerdy, hairy, skinny but hung-fat stud I’ve been drawing a lot lately. This particular piece was part of my Sparkle Series so there’s a lot of glitter in there.

Also, I wanted to see if I could do pixel art with traditional media. So I drew it, traced the parts I wanted to be pixely onto graph paper and then pasted that on the page. It was a fun process that really paid off since this was the very first one to sell at my last show.

Full version is in my Members Galley, accessible by just clicking this image. The guy who bought it was like “I love how his foreskin is flapping in the wind.” lol 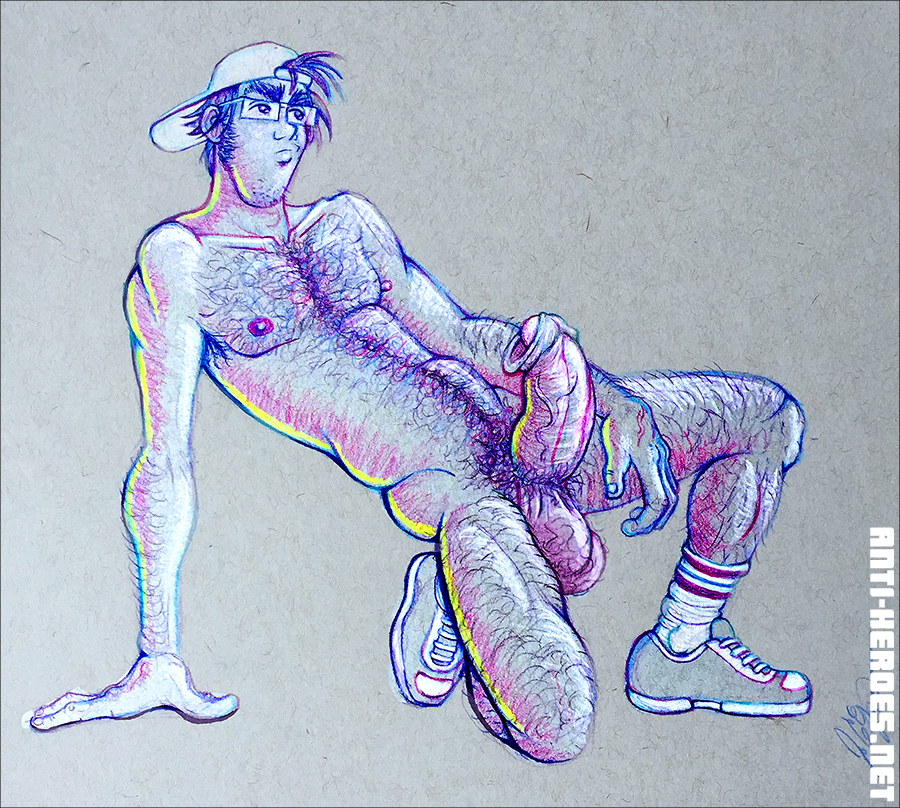 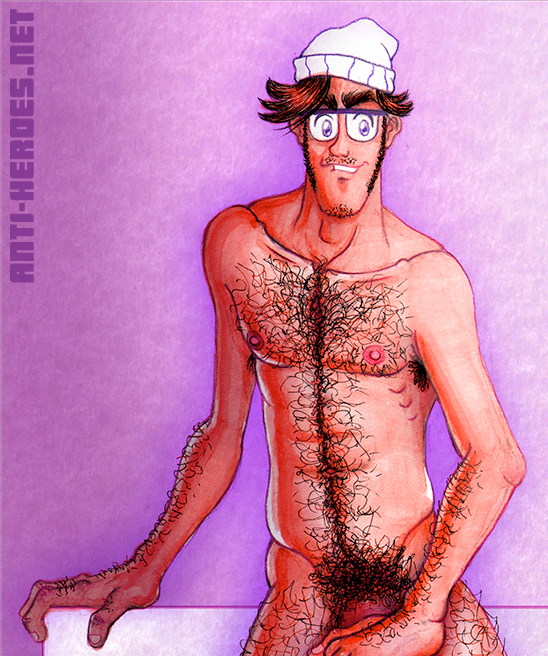 Tucker Wanking (2014)
←Tucker Kneeling (2015)
The model told me he noticed how happy I got when he took this pose. I couldn’t help it– it was a new pose! And produced a great, eager drawing! 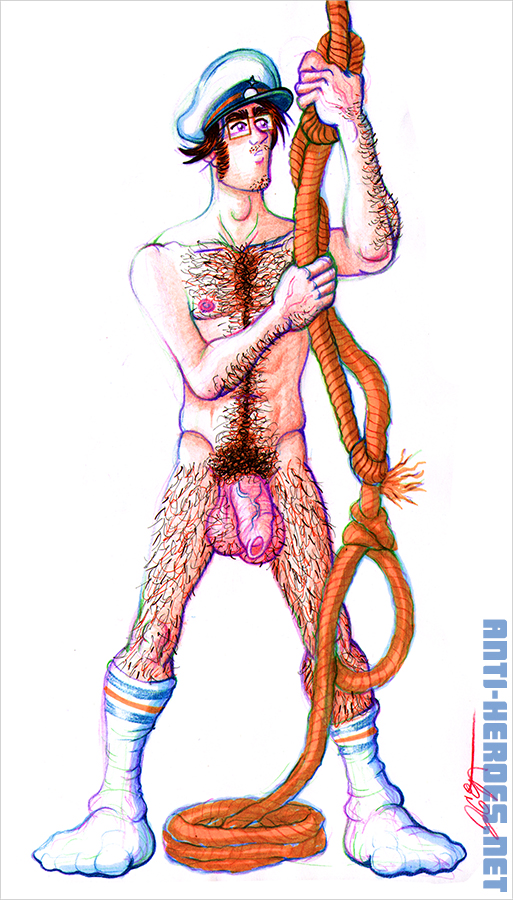 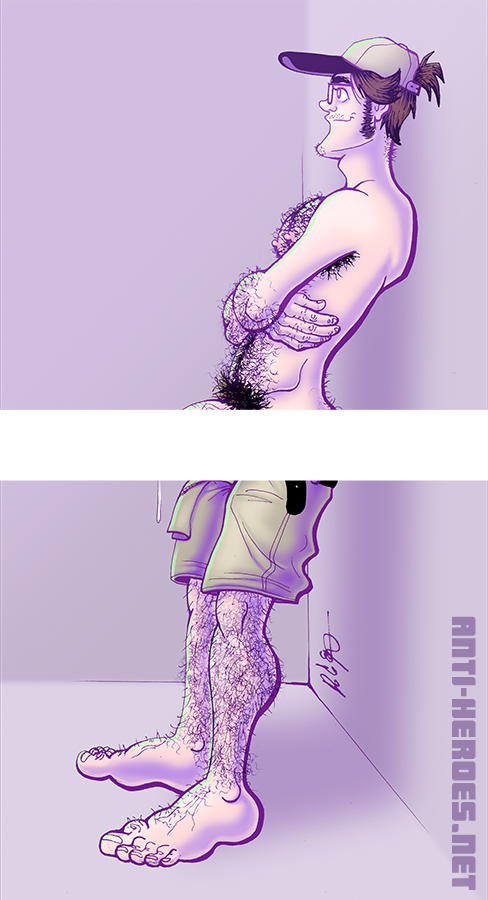 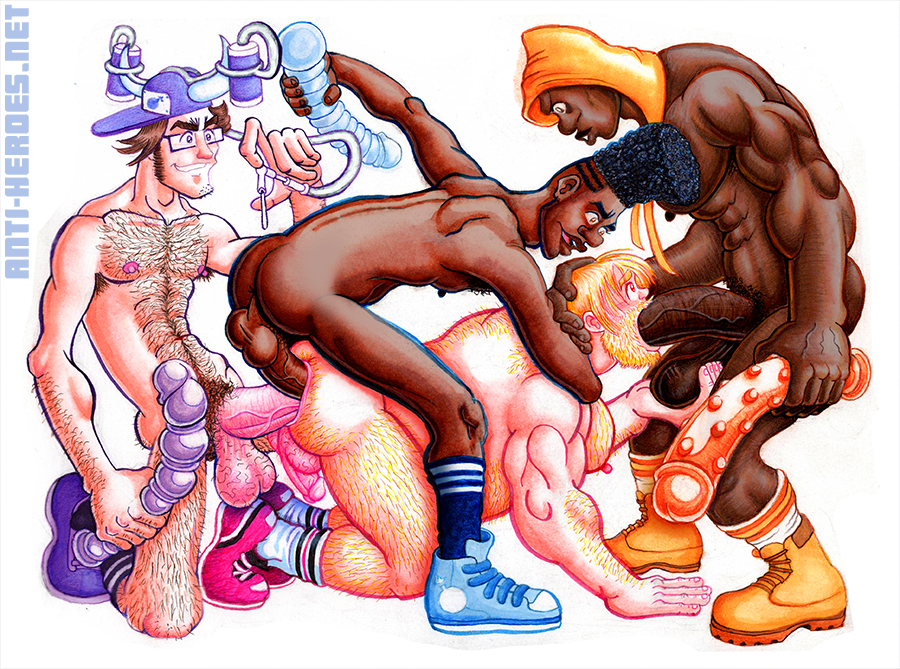 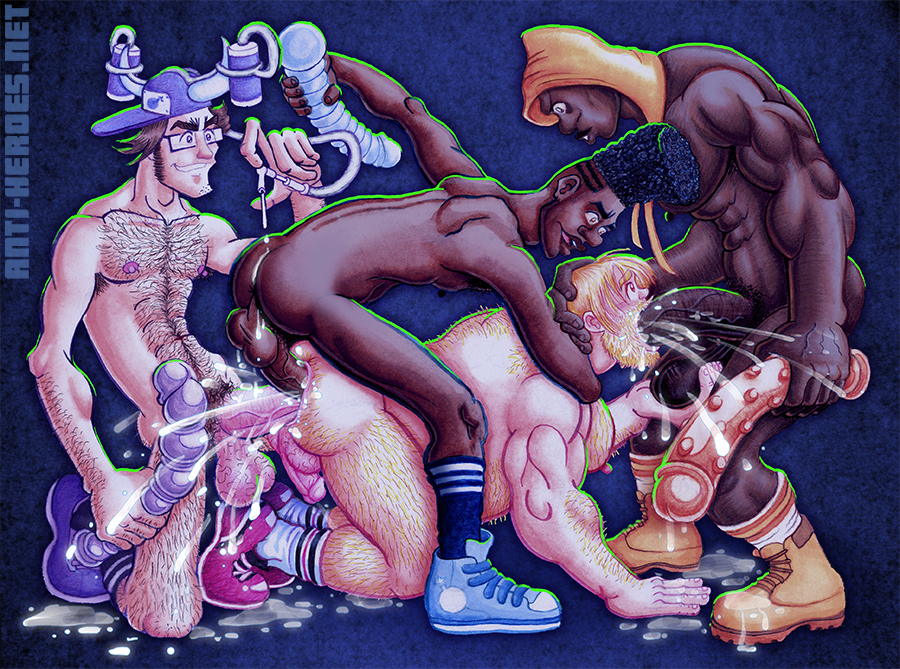