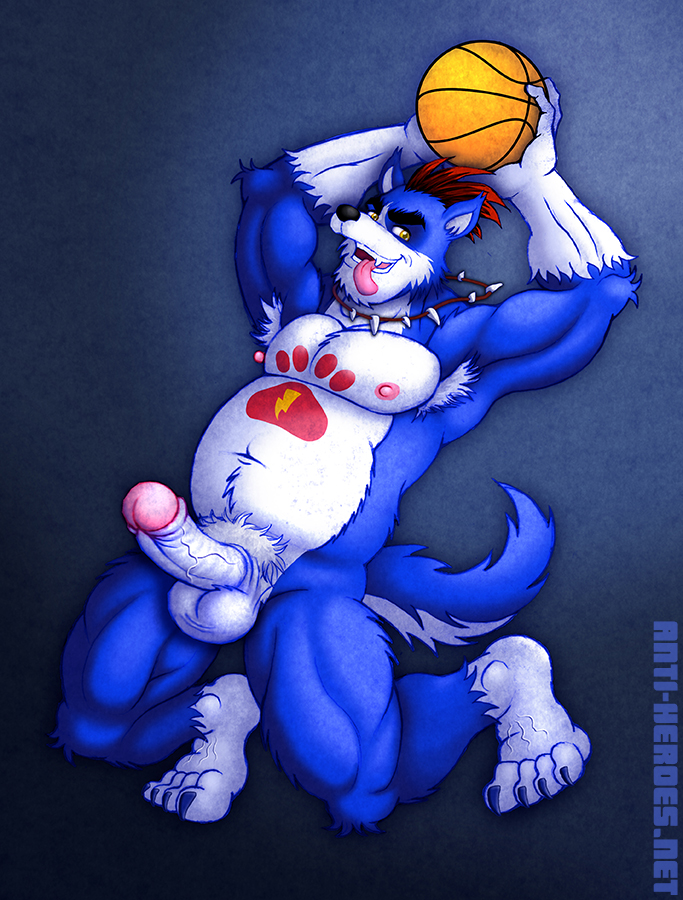 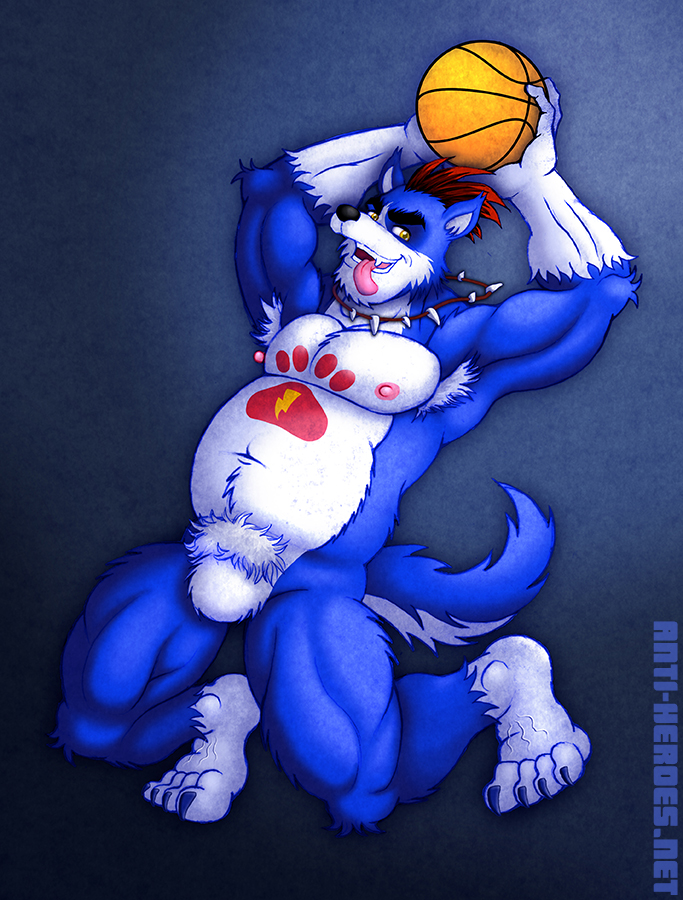 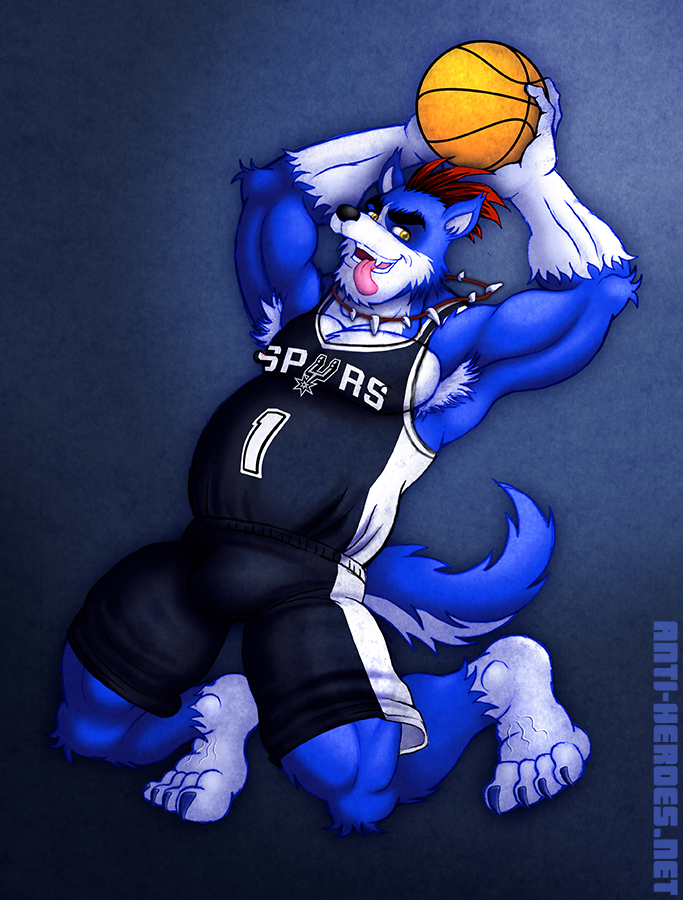 So last week’s Anthrocon was a bit of a bust for me. What caused me to do well at past erotica cons, gay comic cons, and gay art fairs doesn’t quite transfer to a furry fandom. I always knew fursonas were a major part of the fandom but I didn’t learn till the con that fursonas basically ARE the fandom. Unlike comic fans who fanboy over an existing comic series or artist, furries aren’t as devoted to their analogous media (like Lion King or Zootopia.) For furries it’s all about the individual fan, all about celebrating oneself.

That said, there were a few furries at the con who got into my furry art. Indy Wolfy was one of them; a friendly guy who was inspired by my Brutal Ballers series to get a commission his fursona in a basketball jersey! And of course, since I have to draw a dick on everything, I added an alternate version!