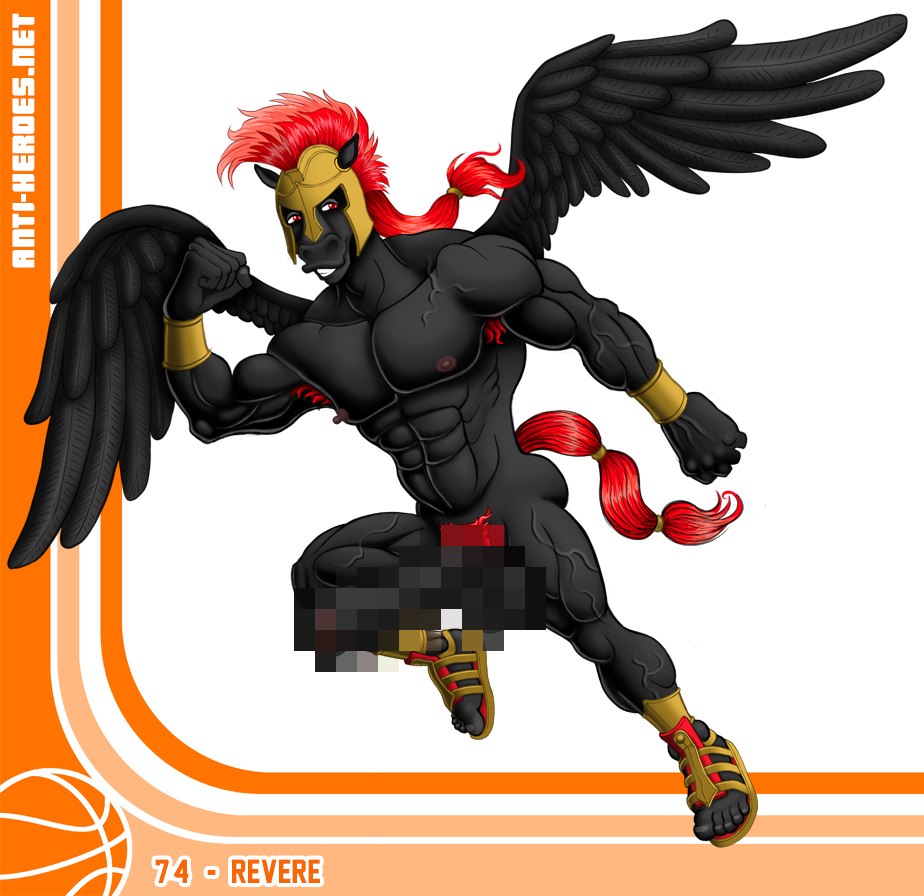 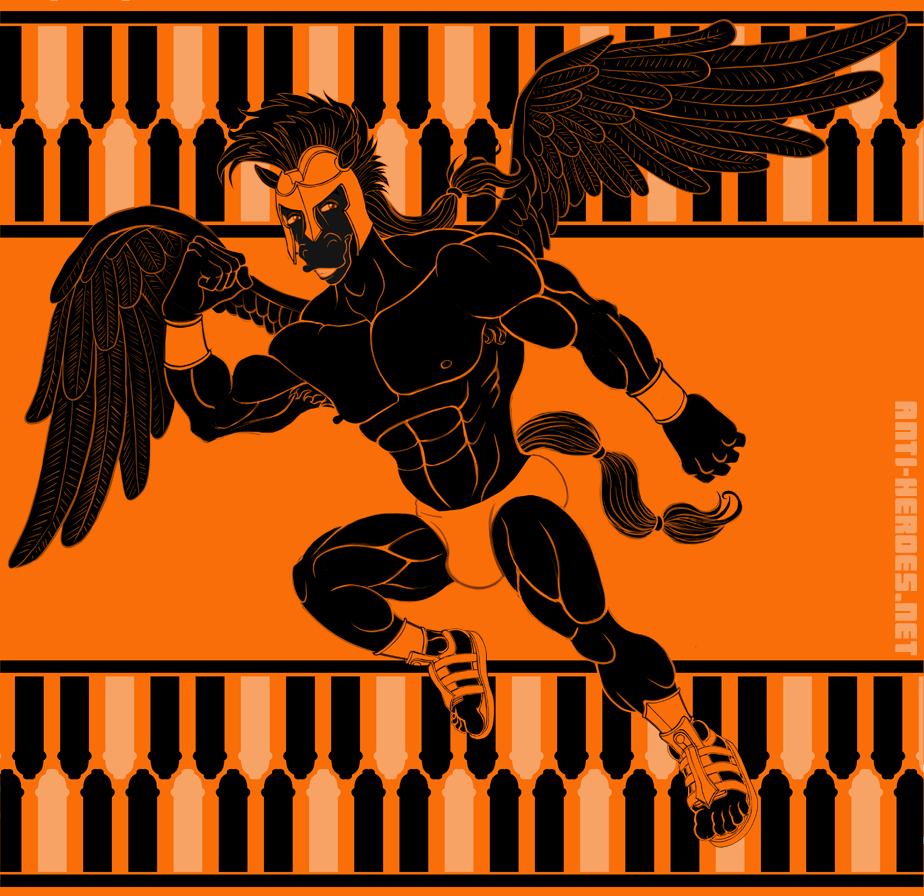 Have been hyped to draw this one for a long time- and after 2 attempts using bad bodybuilding poses as reference, decided to make up my own pose. Drawing tip: Standing poses will not always work for a flying character.

But once I finally found the pose, Revere came into place as one of the sexy, muscle bound stallions in Brutal Ballers. Naked version (https://www.patreon.com/posts/revere-x-version-56527749) has all you’d expect a perverted artist would do with a horse man!

Rendering that body was and deek was so fun. And I’m really into those feet. Yunno furries don’t like human feet but I’m totally MORE into feet if it’s an anthro character.

Alt Version: Originally wanted to include this way of drawing/ color for the main pic of this guy. But it’s a little too stylized to fit into my world, so I had to make an alternate version just to let yall know- i REALLY wanted to reference gay ass ancient Greek pottery!