New Shoe Smell (2022) – Dunno if it’s the leather or the glue but something about new sneaker odor does it for me. So here’s one of my oldest OC’s revealing my fetish! Eugene is a punkish skater twunk with a fat dick specifically not as pierced and tatted as the rest of him. Check out all the older drawings of him, each in a slightly different style. 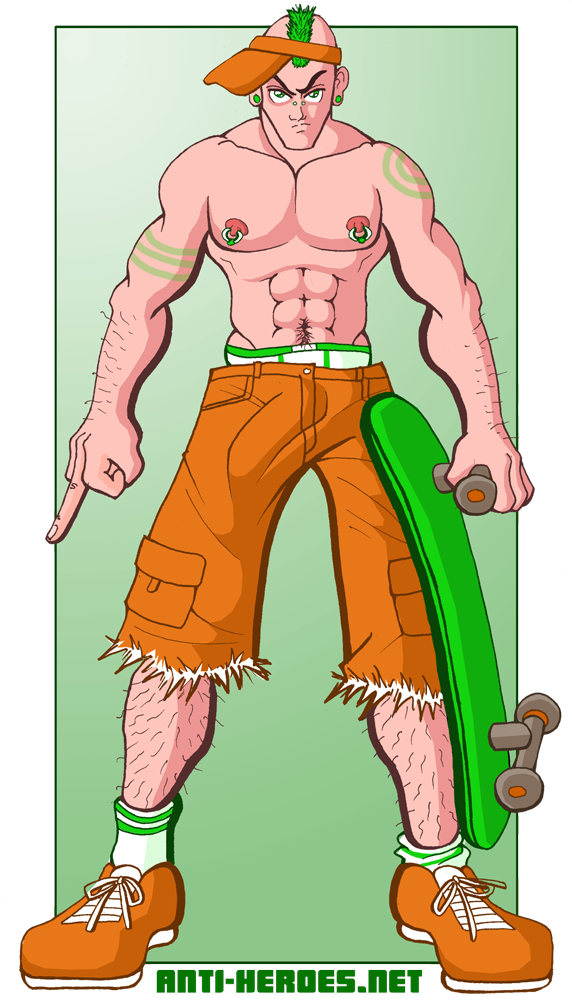 Eugene Sinewy (2004) – Freshly graduated from college but still in my fashion illustration phase, here’s the first drawing of this guy. One of the better performing pieces on a series of t-shirts. Also before I was showing full-on nudity in my drawings. 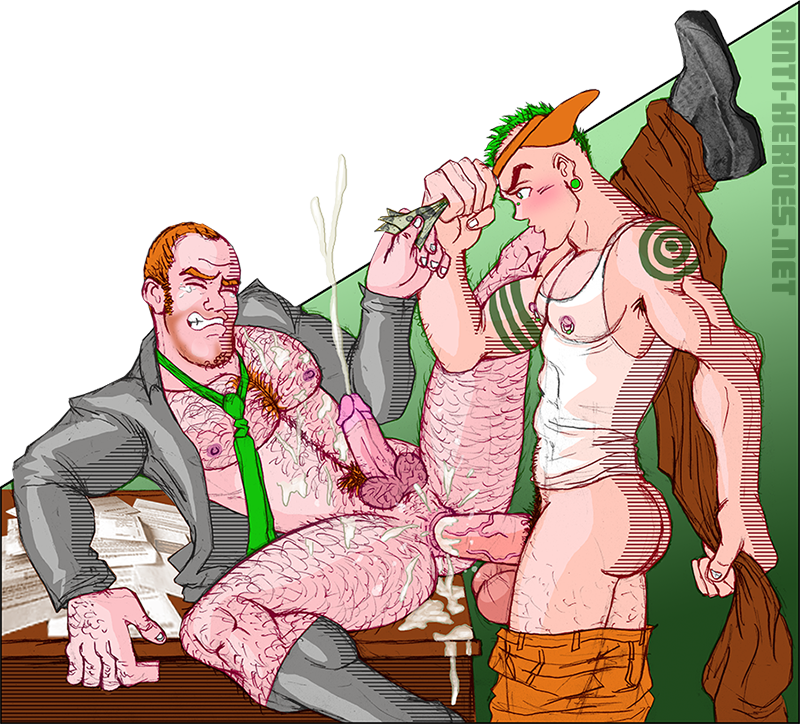 Desktop BJ (2009) and Give It Up, Old Man! (2006) – The earlier one was for a club called “Let’s Fuck Daddies,” but then I repurposed the couple’s story for Persuasions, my soap opera themed series. Colt is the evil rich patriarch and Eugene is his hot young loyal henchman / regular trade.