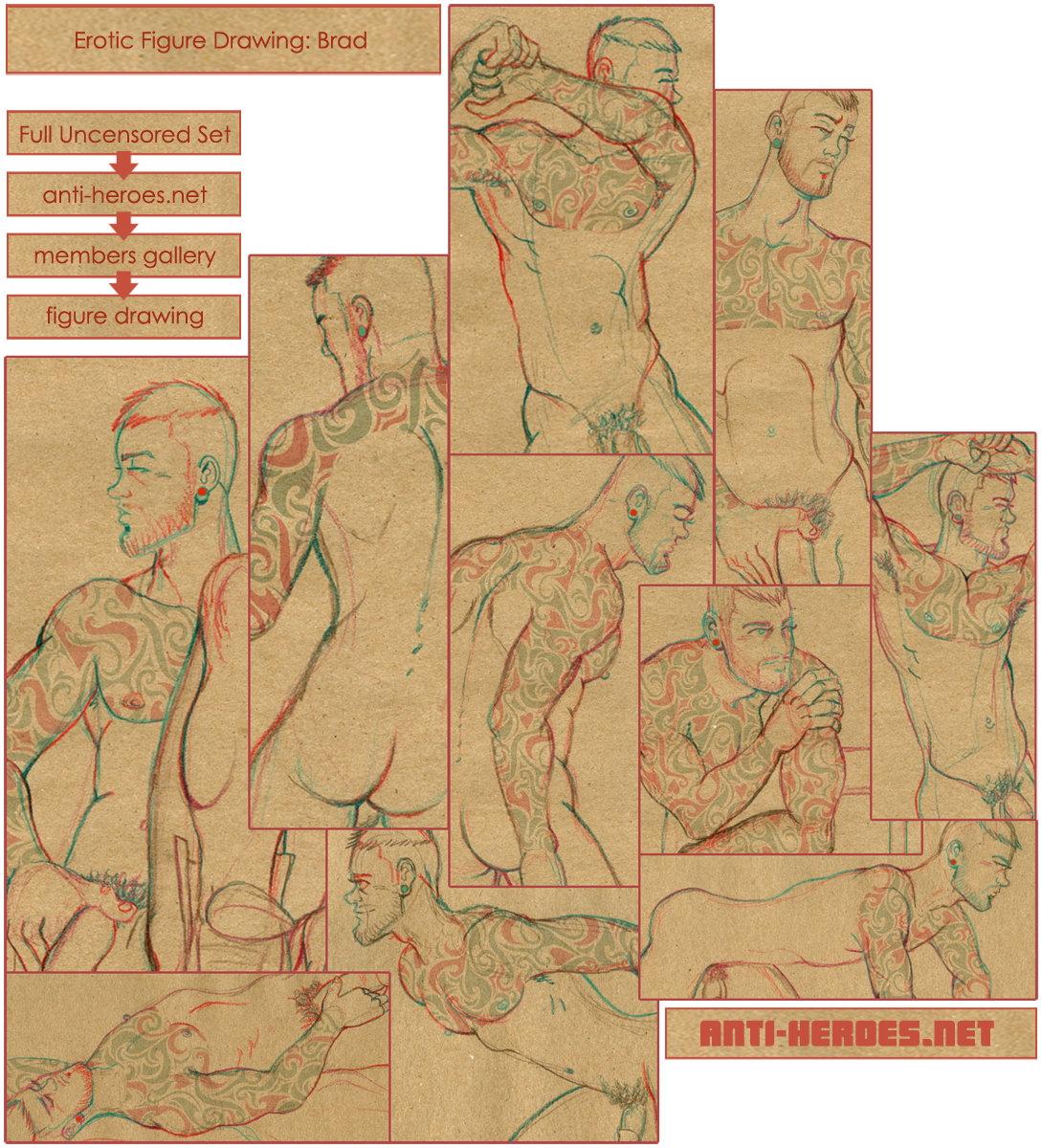 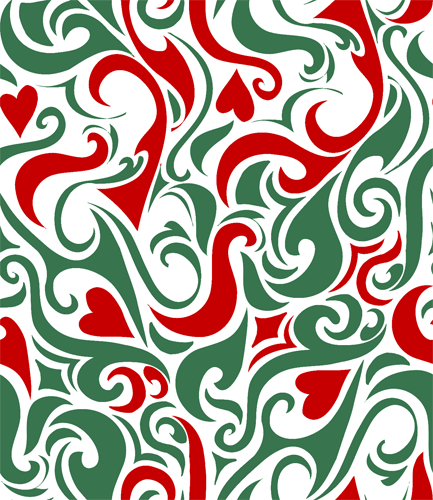 I was excited for these fun poses and focused on the model’s anatomy rather than his tattoos. I told myself, “yea, that’s something I can fake in Photoshop later.” What I did was put some of that textiles knowledge to work and just created a repeating pattern I could easily overlay over the appropriate sections of the body and voila! Instant tattoo fake! LOL

But many of the other artists there drew the tattoos on the spot. Below I’ve included mine and pics of some of the other artist’s renderings of one particular pose, to show you what I mean. And also to show that some really talented people go to these sessions. The first 2 after mine are my buds Anthony Gonzales and Rob Clarke. 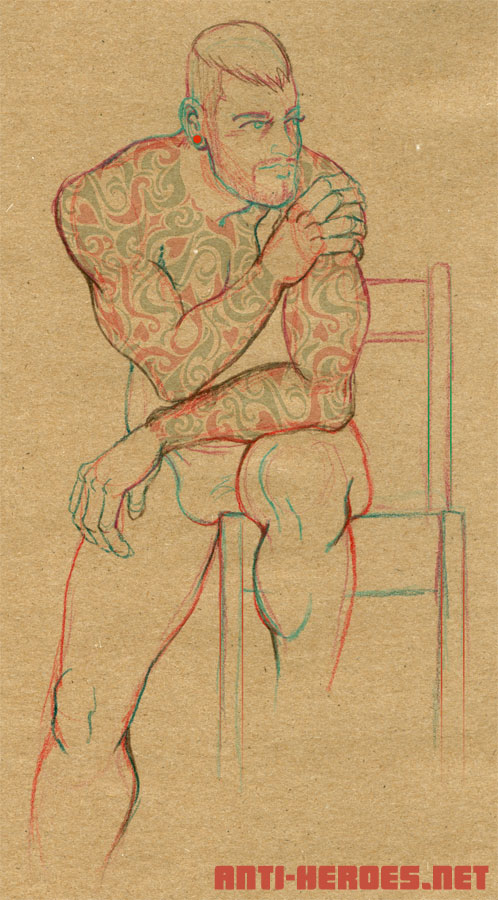 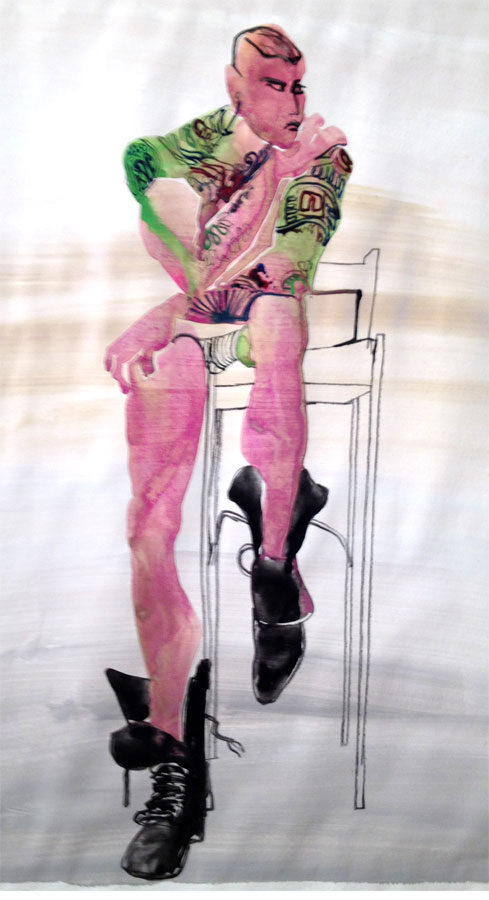 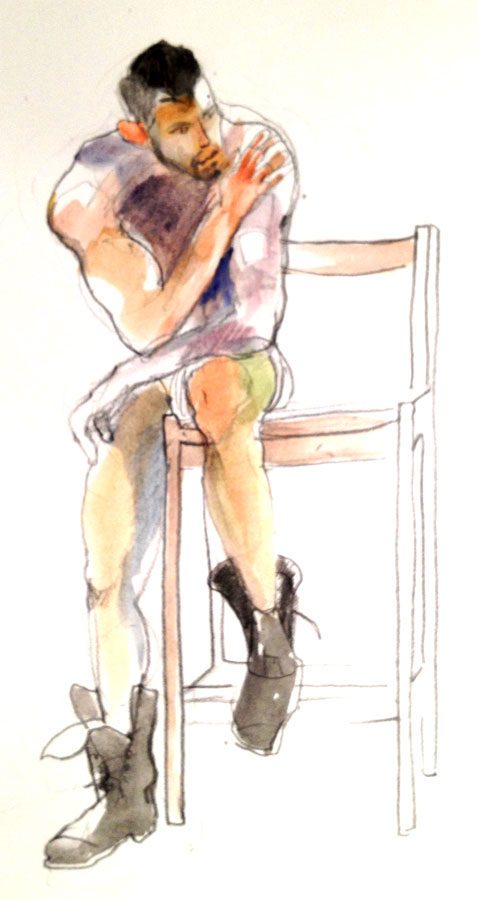 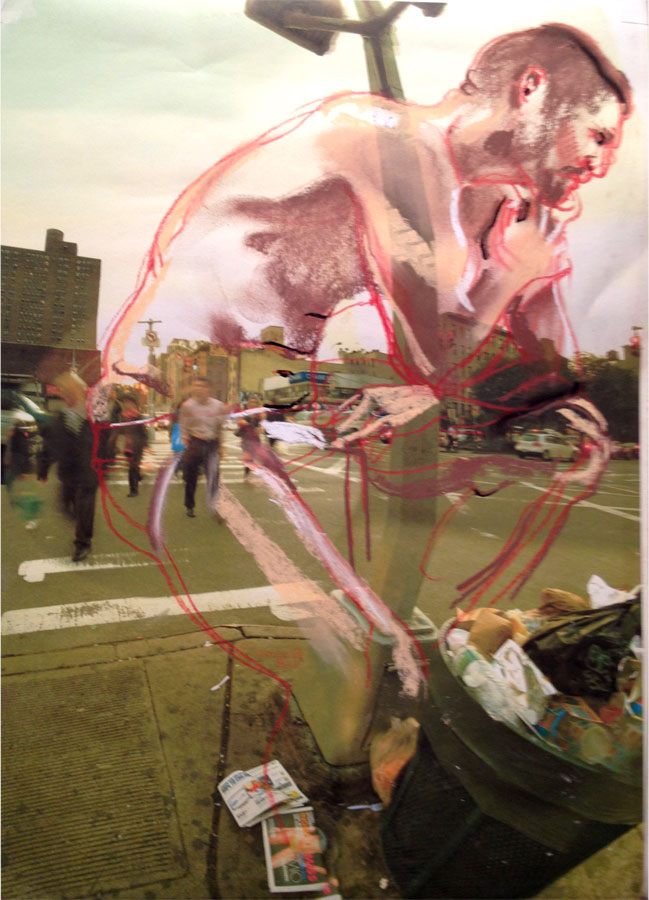 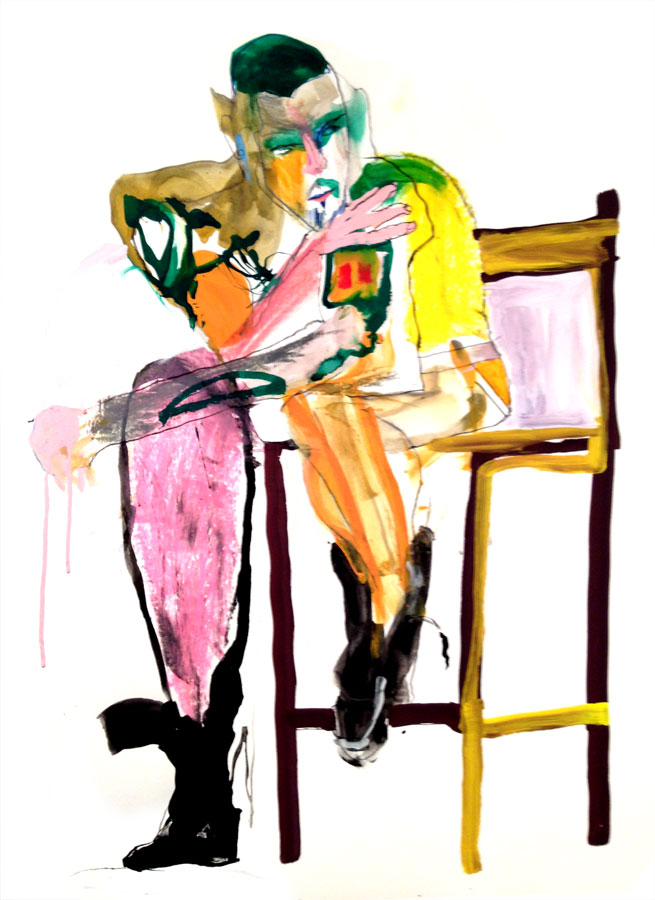 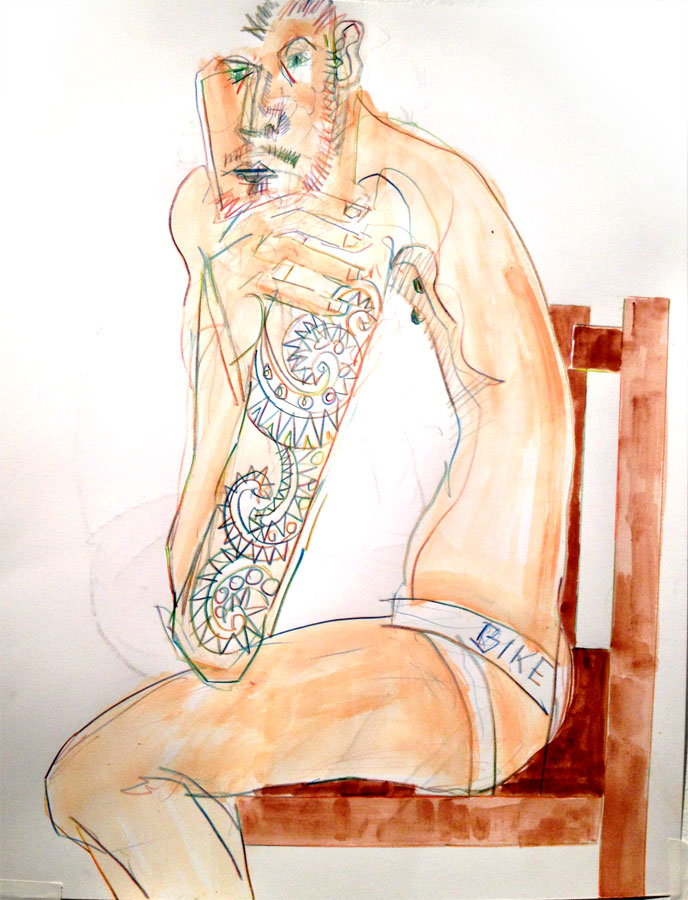